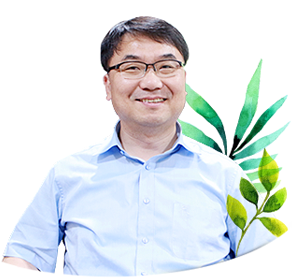 We, humanity, are precious for the life, the Earth and the universe.
Natural History is literally a study of history of nature and the most important part of the natural history is the history of life. Expressed in other words, the history of life is the history of the 'extinction'. The word ‘extinction’ may sound terrifying and sad, but in fact, older creatures steeping aside so that new life can emerge is a natural phenomena, which gave rise to our humanity.

All life becomes extinct. Trilobites that ruled the Paleozoic oceans for 300 million years became extinct and dinosaurs that dominated the Mesozoic land for 160 million years naturally became extinct. We have to learn about this extinction from natural history; why the creatures that led glorious lives went extinct.

For sustainable existence of humanity, the most valuable thing on earth, we must put our wisdom together to live in harmony with other creatures that make up our ecosystem. Museum of natural history is the venue for learning and contemplating such wisdom.